Integrating Gymnastics & Dance for Over 30 Years

We offer classes in all genders, ages and skills levels.

The children’s Jazz program teaches technical jazz steps, turns, leaps and floor work as well as, gestures and physical style. The students learn a blend of traditional and contemporary jazz styles.  The class begins with a lively warm up, a short stretch, some corner or moving steps either on diagonal or down the room and the learning of a progressively taught routine.

The tweens Jazz program is fun and exciting with an up-tempo soundtrack and plenty of lovely jazz steps. The program teaches technical jazz steps, turns, leaps and floor work as well as, gestures and physical style. The class begins with a lively warm up, a short stretch, some corner or moving steps either on diagonal or down the room and the learning of a progressively taught routine. This class may compete in local and national competitions. There are optional private lessons offered for those wanting to develop routines for competitions. 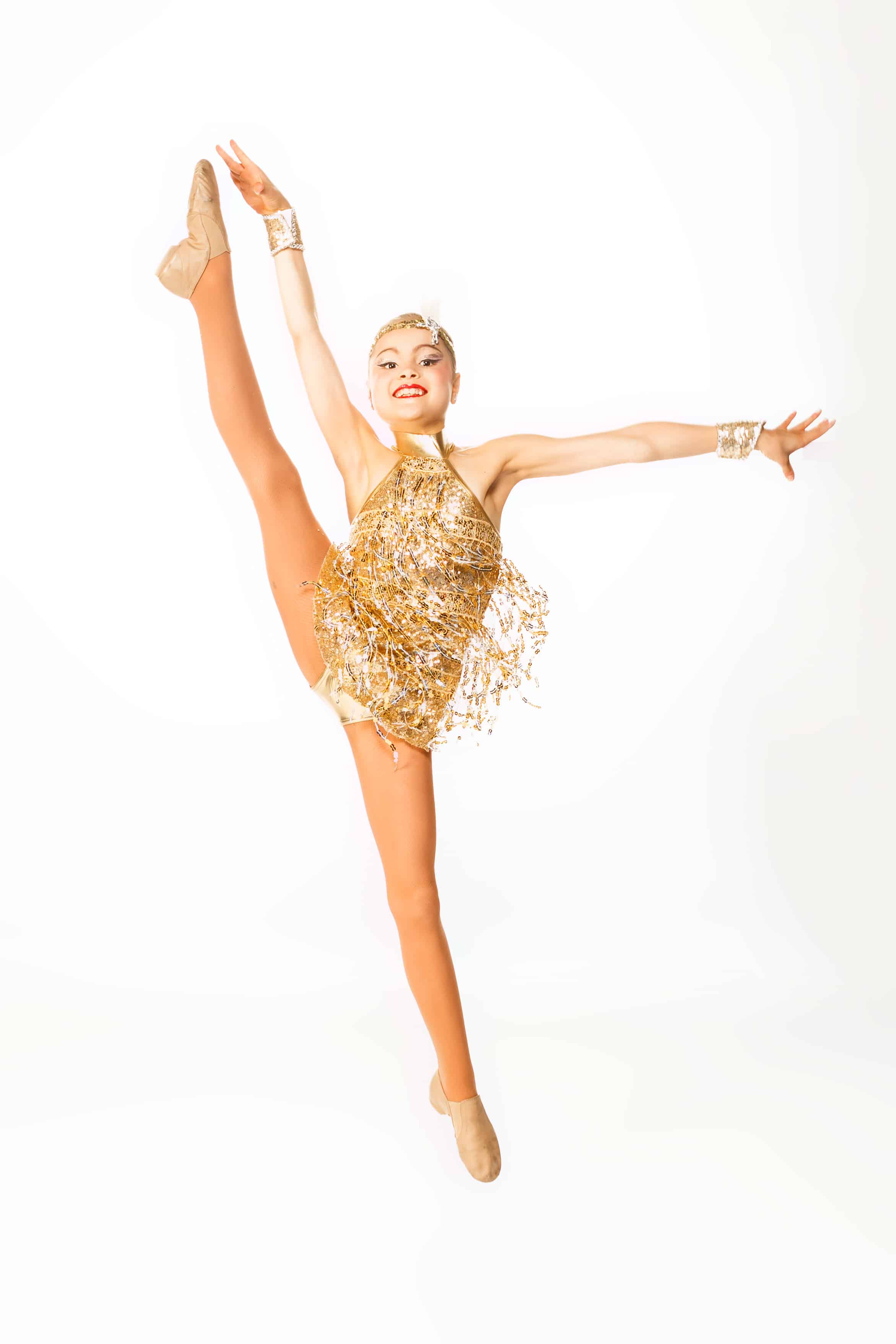 The teenagers’ Jazz program is about enjoying the many exhilarating styles and choreography within the Jazz genre.   The class is great for keeping fit, flexible and healthy with moments of workout style exercises blended with traditional jazz content. The class begins with a lively warm up, a short stretch, some corner or moving steps either on diagonal or down the room and the learning of a progressively taught routine. This class may compete in local and national competitions. There are optional private lessons offered for those wanting to develop routines for competitions. 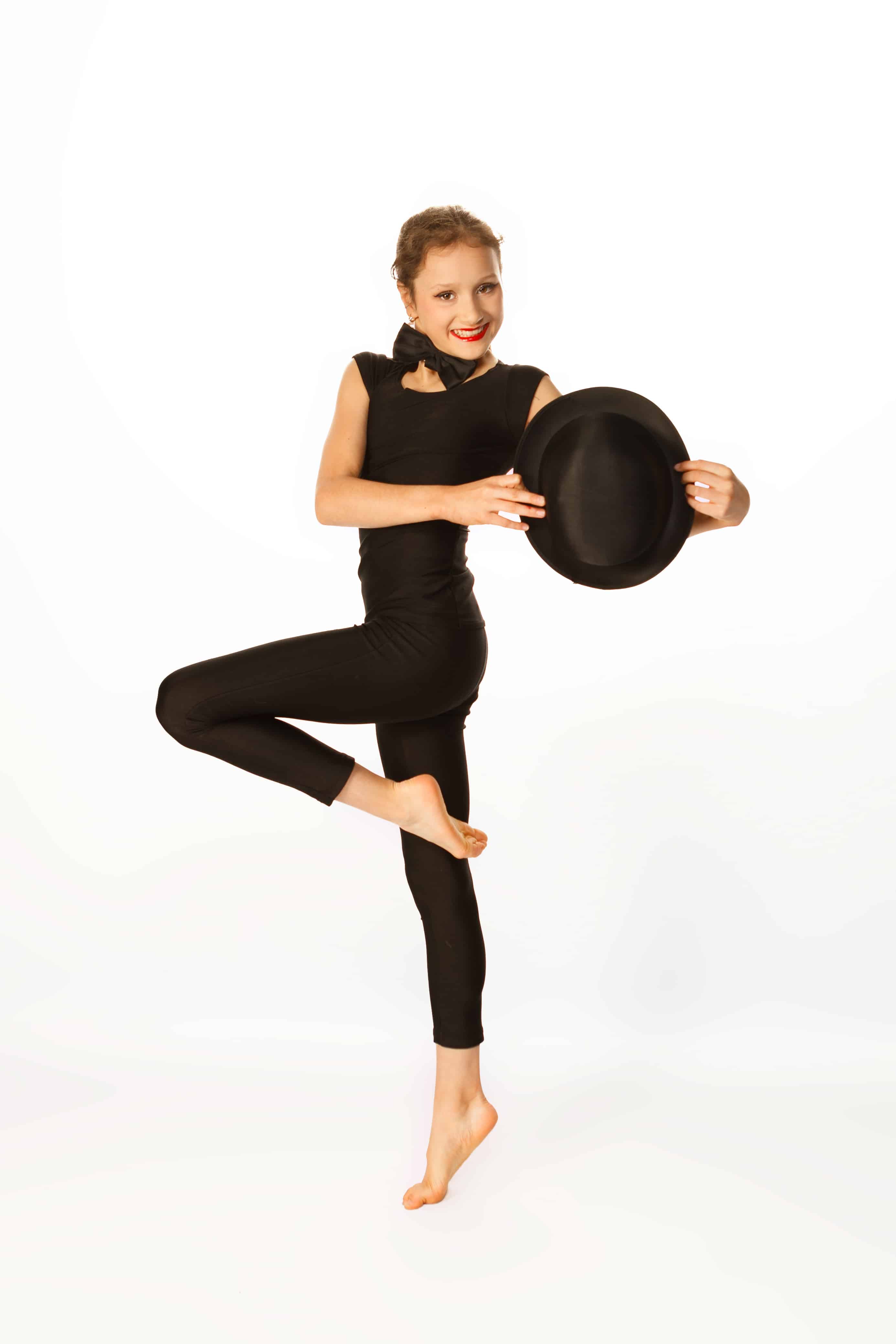 The origins of jazz dance can be traced back to the African ritual and celebratory dances from around the eighteenth century. These dances had an emphasis on rhythm, grounded-ness, and a connection to the earth. They were traditionally done to the beat of African drums such as Djembes, Ashikos, and Bougarabous. Also, from the sixteenth to the nineteenth century, the transatlantic slave trade brought ten million Africans and their dances across the Atlantic Ocean to the Americas. By 1817 in New Orleans, city laws "restricted gatherings of enslaved people to Sunday afternoons in Congo Square, then called Place Publique"[2]. The Sunday afternoon meetings often included the music and dance from the birthplaces of the slaves. The gatherings at Congo Square were shut down and brought back multiple times during the 1800s; however, when the meetings were shut down, they still continued in secret.

In the early 1900s in New Orleans, the new music was combining elements of blues and ragtime. Although the term ‘jazz’ first appeared in print in 1910, Jelly Roll Morton, a New Orleans pianist, claims that he invented jazz in 1902[3]. In 1917, another jazz pianist named Spencer Williams, wrote a song called "Shim-Me-Sha-Wabble" which inspired a jazz dance called the ‘shimmy’. The shimmy is done by holding the body still "except for the shoulders, which are quickly alternated back and forth"[4]. In the same year, jazz music began to spread and became well known in Chicago and New York. This led to the jazz age which is considered to be from 1920 to 1929. A few of the greatest musicians in the jazz age were Louis Armstrong, Bix Beiderbecke, and Benny Goodman. The dances that emerged during this period were the charleston and the lindy hop. The charleston is "characterized by its toes-in, heels-out twisting steps"[5]. It can be done as a solo or with any number of people. The lindy hop was a wild and spontaneous partner dance that was extremely rhythmically conscious. When the Great Depression began in October of 1929, many people turned to dance. Because of this, the Charleston and the lindy hop are now considered to be under the umbrella term ‘swing dance’ because they were most popular during the swing era of music (1935-1945).

The 1930s were also the start of jazz dance being combined into live musical theatre shows and movie musicals. A few of the prominent musical theatre choreographers were Jerome Robbins, Jack Cole and Michael Kidd. They created the dances for West Side Story, Gypsy, Seven Brides for Seven Brothers, and many more. These three choreographers and many of the other important figures in jazz dance choreographed and performed between 1930 and 1980. Jack Cole has his roots in modern and ballet, but he later became known as the father of jazz dance. His style is described as "hip, hard, and cool"[6]. Gus Giordano is another key dancer/choreographer. Giordano founded his own company and established the Giordano technique. Another amazing jazz choreographer and dancer that founded a jazz technique was Lynn Simonson. Her technique, unsurprisingly, was called the Simonson technique. She emphasized organic movement with a connection to the music. Lastly, Bob Fosse developed his signature style of jazz dance. He, like some of the previously mentioned choreographers, worked in the musical theatre business. His brand was a "combination of vaudeville, striptease, magic shows, nightclubs, film and Broadway musicals, all based on social dance".

Over the last 20 years, jazz has evolved and has been defined. There are now many subcategories of jazz that each have their own distinct qualities and characteristics. The style and choreographers that I have mentioned thus far are considered to be a part of ‘classic jazz.’ This jazz is currently seen in companies like Giordano Dance Chicago and Jazz Roots Dance Company. It is also primarily done to jazz music from the early to mid nineteen hundreds. Contemporary jazz became well known because of shows like "So You Think You Can Dance." Mia Michaels’ earlier work exemplifies this style. Some other companies and choreographers that create contemporary jazz dance are Sonya Tayeh, Mandy Moore, and Hubbard Street Dance Chicago. Commercial jazz, which has been popular since the ‘80s, combines aspects of hip hop and jazz and is often done to pop music. This style can be seen in the music videos of Janet Jackson and Paula Abdul. Lastly, commercial jazz often includes more ‘tricks.’ Commercial jazz and contemporary jazz are both seen at dance competitions. Another variety of jazz is Latin jazz. "Maria Torres developed and popularized the fusion at Broadway Dance Center"[7]. Latin jazz has an emphasis on the movement of hips and isolations. It can be seen in "the films ‘El Cantante’ and ‘Dance With Me’," as well as on tv dance shows[7]. Latin jazz incorporates "polyrhythms, angularity, [and] groundedness"[8]. The last type of jazz is afro-jazz. The two trailblazers of afro-jazz were Katherine Dunham and Alvin Ailey. Afro-jazz companies include Alvin Ailey Dance Theater and Dallas Black Dance Theatre.

In 2013, a panel of "six jazz-focused industry professionals" came together at the World Dance Alliance conference to discuss the tenets of jazz dance, how the principles translate through the various styles of jazz dance, and how they offer a mainstream appeal in today’s culture.

We combine the grace and skills of classical ballet training, include various styles of dance, folk dance, lyrical jazz, modern, and contemporary. Infinity Gymnastics and Dance in Melbourne initially began as a platform for Rhythmic Gymnastics training from Glen Iris and has since developed into an interdisciplinary program offering a range of classes including training in ballet, hip hop, lyrical jazz, modern, contemporary, stretching & flexibility.

Hip-hop is a dance style, usually danced to hip-hop music, that evolved from the hip-hop culture. It includes a wide range of styles primarily breaking.

Jazz dance is an umbrella term encompassing several different styles of dance that became popular in the early 20th-century.

Ballet is said to be a combination of choreography and art, scenic design, lighting, costume, graceful movements and usually solemn music.

Musical theatre is a form of theatrical performance that combines songs, spoken dialogue, acting, dance and emotional content of humor, love and anger.

Tap dance, style of dance in which a dancer wearing shoes fitted with heel and toe taps sounds out audible beats by rhythmically striking the floor or any other hard surface.

Contemporary dance is a style of expressive dance that combines elements of severaldance genres including modern, jazz, lyrical and classical ballet.

INSTILLING A LOVE OF DANCE AT OUR INFINITY STUDIO

At Infinity Gymnastics & Dance, we strive to integrate all disciplines to perfect coordination, musicality, flexibility, strength, and stamina and believe learning dance should be FUN! Behind the scenes, our programme has been carefully crafted to ensure little dancers are fully prepared for a life of the purposeful movement.

We provide strong foundations of dance, without harming little bodies, and we aim to broaden the love of dance and music in young children by exposing them to a wide range of dance and music. Infinity is the perfect introduction to the world of dance for toddlers and preschoolers!

Your kids will love the chance the explore rhythm and movement in the variety of fun dance classes offered at the Infinity Gymnastics & Dance located in Oakleigh. Kids ages 3-16 years can choose from Ballet, Jazz, Musical Theatre, Tap, Contemporary, Lyrical, Acrobatics or Hip-Hop. Also, for our youngest of dance lovers, join us for the new Little Gym - Bubs class with live music and fun gymnastics & dancing for children ages 4-12 months accompanied by mum or dad. All classes are taught in our spacious dance/gym studio.